Imams, sheikhs, scholars and community leaders have largely ignored the issues of animal and environmental rights and contributed nothing to making our planet better.

Why is it after over 30 years of listening to Friday sermons, seminars, workshops, lectures, YouTube videos, Facebook feeds, etc. there isn’t a single – as in NOT ONE dedicated effort from our leadership to reaching out and protecting and saving animals? Our environment?

And I’m not just talking about the animals we habitually enslave and exterminate in concentration camp houses of death and torture. I’m also speaking about the wild animals. The ones we were instructed by our Prophet (pbuh) to leave alone.

The ones whose habitats we are destroying at a rapid rate due to our addiction of killing and eating factory f(h)armed animals. Even the ones we are killing for fun, poaching, making money off their skins and putting behind cages and wire so we can be entertained.

Why haven’t you and your colleagues uttered an organized word in protest and condemned the meat, egg and dairy industries? Circuses? Poachers? Non conservation zoos, etc? Do you know what occurs in this netherworld? Do you even care?

Does it sit well with you there is a complex labyrinth of dungeons waiting to receive sentient beings to prepare them for a torturous murder – every second of every single day?

How do you eat your eggs in the morning knowing billions of baby male chicks are thrown alive into grinders because they are useless to the egg industry?

Others get gassed like the Jews were by the Nazis.

How do those eggs taste dear imam knowing billions of poor souls were exterminated as well as the hens who are subjected to some of the cruelest practices to maximize egg production?

How does your milk taste knowing cows are raped (standard dairy industry practice) to keep them producing milk year round? Their babies are ripped away from them soon after birth causing the mother cow unbearable emotional pain.

When they are unable to sustain the enormous levels of physical and mental stress to produce milk, they are sent to have their throats slit.

I’m not even going to mention the shit they are fed, the injections and hormones forced inside them, the putrid living conditions where thousands of them literally wallow in their own filth and many other gross violations against these poor creatures.

How does your milk taste now?

Have you bothered to visit a slaughterhouse sheikh?

What does your heart tell you when you see cows actually cry tears knowing what’s coming next? These are not dumb creatures, they are highly intelligent herd animals with strong bonds to one another capable of solving complex problems.

Yet Muslim leadership have I dare say, contributed to the problem by talking more about how to kill and eat animals rather than how to save them and show them compassion.

Do you take a stand against vile companies like Canada Goose who literally profit off the skins of millions of coyotes? Do you know your heedlessness/indifference is contributing to the unprecedented rates of species extinction and pollution of our seas?

It’s a damn shame because our faith taught us to be better than that.

It taught us to at least utter strong words of protest and encourage others to boycott industries that institutionalize such criminal behavior.

What have you done dear sheikh to really focus on this critical matter because from what I see, you are part of the problem.

With all due respect, when you lecture us on balance and moderation, compassion and mercy and you look like you’ve never missed a meal and remain silent on the atrocities that have befallen our friends in fur and feather, I cannot take you seriously.

When are you going to cite a hadith other than the woman who was sent to Hell for mistreating a cat and the one sent to paradise for quenching the thirst of a dog?

It cannot be because that’s all there is in our tradition because even an unqualified layperson like me knows our texts are replete with examples of how critical it is to treat our animal friends with respect.

Why don’t you speak about the incident of a man who told the Prophet (pbuh) he was going to slaughter a sheep but then felt sorry for it and let it go so the Prophet told him “since you showed mercy to it, Allah will show mercy to you twice”?

Or the incident where two of his companions took a bird’s chicks away to play with them distressing the mother and the Prophet asked ‘who has hurt the feelings of this mother?” ordering them to return her babies to her. Did you notice the wording sheikh?

He said “who has hurt her FEELINGS”.  He recognized long before PETA that animals have feelings.

What about the fact he spoke to animals directly and they complained to him. There are dozens of examples but why is this topic barely mentioned and when it is, it’s given the equivalent of a corner classified ad in a newspaper?

We’ve relegated the issue of treating animals with compassion to a non issue.

It is high time we stopped talking about frivolous issues like “is this nail polish ok?” or “am I going to be sinning because my pants are below my ankles?” and focus on what REALLY matters: LIFE.

It is a stain on the Prophet Muhammad’s (pbuh) nation to see Muslims not give a damn about animals. They treat them like they don’t matter and the addiction to meat is downright frightening. They will defend their right to kill and eat animals using their limited, decontextualized understanding of the Qu’ran and Sunnah while Google tells us these very same countries have one of the highest searches in the world for different types of pornography.

We need your help and direction dear sheikh.

Please educate yourself on what’s currently happening to our world and our health as a result of our ignorance.

-If humans killed each other at the same rate we kill animals, we would be extinct in 17 days.

-Animal agriculture is THE LEADING CAUSE of species extinction

-Animal agriculture is THE LEADING cause of ocean dead zones

-It is also responsible for 91% of the Amazon deforestation

Please do not think for a second making more “halal” alternatives of killing yet more animals is going to solve anything – it is going to make matters far, far worse. 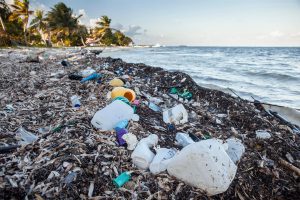 Given the above, isn’t high time our esteemed leaders and scholars critically re-examine their views to align with what would please God most today?

I don’t understand how we can sit there and do nothing.In fact, there is actually no valid reason to eat animals today given the state of affairs.

It is not required from a nutritional point of view. There is more food to feed the entire planet many times over from superior plant sources.

I realize old habits and traditions die hard, but now isn’t the time for ego. We need to correct our ways NOW before it gets worse.

Let’s look to the collective health of our communities – both locally and in Muslim majority countries.

We are as sick as any other community sheikh. The more animal consumption, the sicker we are.

There isn’t a person you or I know who doesn’t either know someone personally or who hasn’t been directly affected by heart disease or cancer.

We’re at 1 in 2 people now affected by these ailments. Half! Shocking and utterly depressing statistic. Do you think these diseases are by accident because I can assure you, these are self inflicted as a result of our lifestyles.

So let’s get back to basics – please equip yourself with the information that’s going to help us reverse these horrible trends.

Not just from a selfish health viewpoint but we must fight for our animal friends. It is disgusting and appalling how we treat them and this is ingrained in many Muslim cultures.

It would be absolutely marvelous for you and a significant block of your respected colleagues to come up with:

a) A clear, unequivocal statement condemning the modern day meat, egg, dairy, circus and fur industries and enjoining all Muslims and people of decency to boycott them. These industries are demonic and we should never accept what they do as okay.

b) An organized modern day, easy to understand fiqh on how to lead the world in animal and environmental rights. We need something relevant for today – we can no longer operate on scattered texts with no guidance or just use commercialized labels like “halal”.

c) Of course coming up with such efforts requires you and your colleagues to be up to speed on all contemporary issues pertaining to this area. That’s why it is imperative before you write a single fatwa, you consult with the leading specialists in all fields:  health, nutrition, environment, animal rights, etc. This will give you a sound basis which to base your material on. If you need direction on who to contact, I will be more than happy to set everything up for you.

The situation is dire and there’s a huge void that’s currently being filled by our non Muslim friends who are exhibiting far more Islamic values in this area than we are.

While they are combating against the meat industries, we are eating it at an unprecedented rate. While they protest the vile fur industries, we trade with countries that have no laws against animal cruelty. While they look for new ways to introduce healthier, plant based alternatives, we’re gorging on fast food killing ourselves in the process.

Like I said in the beginning, where the heck are you sheikh?